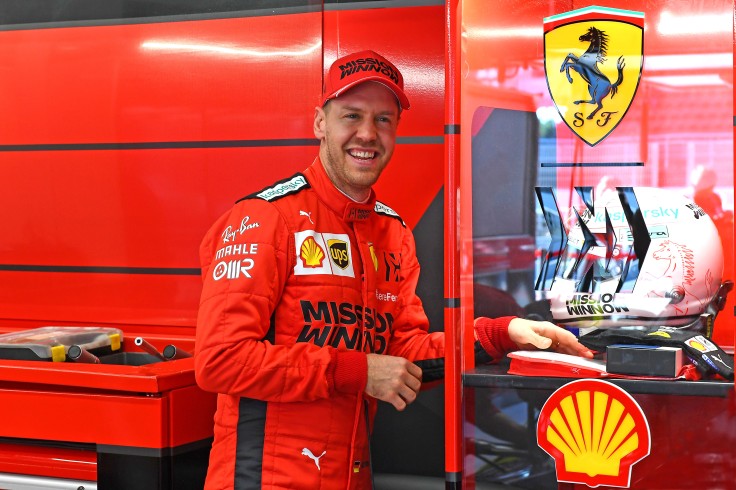 Sebastian Vettel talks to motorsport.com about the current generation of cars in Formula 1, the Italian culture & more.

You have driven many Formula 1 cars and in 2021 we will see a generation of single-seaters very different from the current ones. But you have not been a fan of the hybrids: why?

“I think the current single-seaters are phenomenal in terms of downforce, it’s amazing to think how much downforce they develop, just as it’s incredible to see how fast and snappy these cars are at medium speed and in the corners. But in the low speed sections you feel the heavy weight, you realize it in the changes of direction, as in the chicane and in the hairpins. As far as I’m concerned they are too heavy, I think we could decrease the aerodynamic load a bit, which we don’t need in the end and be equally fast during a lap, maybe even more than we are today. But it is a path that was taken when this era of power units started, then increased by the security measures adopted in the following seasons, and from that I understand, there is no way going back. The Halo alone weighs 10 kg, maybe it can be made a little lighter but remain equally resistant. You could file a few more points. But in general, as a driver, I think the 600-620kg cars that I have driven in the past transmitted more beautiful sensations than the current ones, which have a minimum weight of 750kg.”

Does the weight of a single-seater affect the feeling behind the wheel so much?

“Yes, the sensations are completely different. If you get on a go-kart obviously the thing that strikes you most, despite not having much horsepower, is the weight-power ratio. Driving a kart gives you the feeling of being very fast, and you are, despite the total lack of aerodynamics. It is this feeling that we have lost a bit on the way, and you feel it, you feel the mass inertia.”

Do you own any Formula 1 cars that you have driven in the past?

“I like to collect cars and other objects from the past in general. I love this sport even beyond the aspect of driving. Formula 1 cars? Yes, I’m lucky to have a couple.”

Of the ‘power unit’ generation or earlier?

“Those of this generation are impossible to… turn on. Those from the 2010-11 period are still complicated but in theory they can be driven more easily than the current ones. On the others you need 3-4 people to use them, with the current ones it takes 30 people.”

You have been in Italy for five years. What idea did you get of the Italians?

“Some aspects are positive, others less so, but this applies to all countries. I believe that the love of life is different between Italy and Germany. Take food for example, the way Italians treat it is something that borders on social culture. Sitting together, enjoying the meal, spending pleasant moments around a table, forgetting about everything else… I think that there is something very positive and strong in this aspect. But I don’t think I am the best judge possible, however, I don’t think I’m completely German or completely Italian. I’m a sort of a… hybrid.”

By saying you’re somewhere halfway, can we consider you Swiss?

“Yes, of course (Seb laughs amused). I answer the first part of the question: I think that the strength of this team is the passion for Ferrari, I think that this is what drives the people who work here, this is what pushes them every day to give their best. The legend and the myth related to this brand breathes everywhere and I think there is a desire to become part of its history. There are many Italian rules and traditions inside, nevertheless it is a very modern stable. Sometimes we make the mistake of looking at Italy only as the country of tradition, but all the people are very focused on the future, we have a lot of young talents in the team, great people with great ideas: it’s a pity, speaking of results, that we have not yet obtained what we wanted just to confirm what I am saying. But this is also the reason why we continue to work hard, because I firmly believe that one day we will make it… “