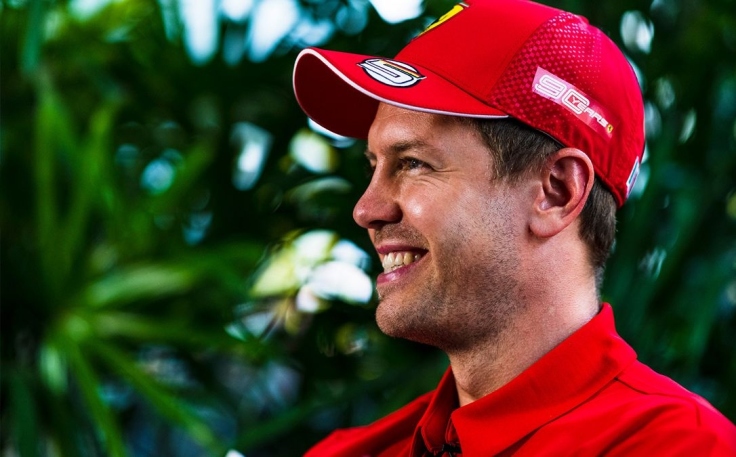 In an interview with the Italian newspaper Corriere della Sera, Sebastian speaks about the retirement rumours, his difficult season, the best Ferrari he drove and more.

Q: Sebastian, you’re going through a hard time. How difficult it is to cope?

SV: It’s not great but also not so disastrous, I see too many pessimists around. At Monza I made a mistake and I am the first one to admit it. These mistakes can happen, I’m not going through an easy season but I don’t consider it the worst.

Q: How do you react to bad moments?

SV: I look in and think about where it went wrong and what I could improve on.

Q: How is it going with Charles? Did you speak to clarify the case of Monza qualifying?

SV: I don’t reveal in public what we said, let’s move on. But we talked.

Q: Let’s talk about you then. Do you know what is said around? “He leaves Ferrari at the end of the season, he stops racing”. Is that so?

SV: I really don’t know where these rumors come from. I think they come from my own joke about the rules for 2021. In March, in Bahrain, I said: “If they were to change in a senseless way, I could retire.” It was a joke, they turned it into a novel.

Q: So there is another year to go on with Ferrari?

SV: It’s very clear, I have a contract for 2020. There’s no need to talk about it either. I see no reason to leave. I love racing and I have not yet reached my goal: to win with Ferrari. Afterwards I don’t know what will happen.

SV: But not the World Championship, and I want it.

Q: Could you have won more races?

SV: Charles beat me in the last two races, so I could have won them. And then in Canada. However at most they would have been 15-16, not 40. We were good at capitalizing on the opportunities given.

Q: So you think you haven’t had the chance to fight for the championship so far?

SV: In 2017 and 2018 I finished second but far away. It’s too much to say that it was possible to fight to the end. We have fallen especially in the second half of the season.

Q: Of the five Ferraris you drove which was the most competitive?

SV: It was the best on the grid in many ways. But we had a power deficit compared to Mercedes. We were very strong everywhere, especially on the slopes where we needed more load. With a bit more horse power we could have made a difference. If that car had the current engine there would have been no history. But unfortunately we cannot transfer modern technology to the past, otherwise with today’s cars I would win the 1990 World Championship with one hand.

Q: We understand that 2017 was your best season at Ferrari.

SV: We came from a difficult year. The rules changed and we were very good at interpreting them, to the point that the single-seater was copied a bit from everyone.

Q: Do you think you have other chances to fight for the title?

SV: If I’m here it’s because I believe in it.

Q: Are the difficulties with the tires linked to your driving style?

SV: I would not say so. The tires are too sensitive and have restricted the windows use. When you get close to overtake you lose grip, slip, overheat. And you can’t attack anymore. In these races the management of the tires has become more important than the pure speed, so we lose the DNA of the F1.

Q: When did you realize you didn’t have a top car?

SV: After 3-4 races, we reacted but there is still a lot of work to fill the gap.

Q: Helmut Marko says that to win at Ferrari you also need to be a good “politician”. Are you preparing your election campaign?

SV: No campaigns, I will never become a “politician”. I say what I think, whether you like it or not. The important thing is to remain yourself.

Q: How many drivers could have won in Mercedes?

SV: I don’t like these topics. Surely Mercedes has had the best car and there are so many good drivers. But Lewis most of all deserved to be in that car. He won deservedly, only Rosberg beat him, once. Hakkinen took so long to win with McLaren, Michael (Schumacher, ed) even before winning the first title with Ferrari. You make your fortune.

SV: He doesn’t need it. He learns quickly, he is an attentive observer.

Q: What are you talking about with Mattia Binotto?

SV: Mostly of racing. Sometimes even family and personal stuff.

Q: You experienced so many changes in five seasons in Maranello: the death of Marchionne, the arrival of Arrivabene. Have you met President John Elkann?

SV: Yes, in the factory and he also came at the track. He’s a big fan, he gives us so much support. This year it did not go as hoped, but we must fight to the end and prepare the next season well, given that the rules will remain the same.

Q: Ecclestone says his friend Sebastian should find out more about the world, to show that he is an interesting and sensitive person.

SV: Beautiful words. With him we laugh a lot even if we have different visions of life. I love his humor.

Q: How important is the family in your life?

SV: I have little children. It’s the most important thing, I think it’s like that for everyone.

Q: Programs for when will you leave F1?

SV: I do not know. Now I think of racing and winning.